The Union Soldier In Battle by Earl Hess... a good read 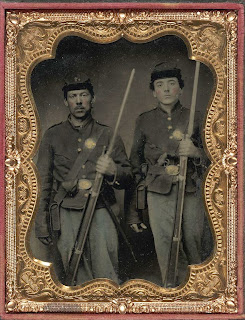 I started reading Earl J. Hess’ book The Union Soldier in Battle. This is a real keeper. Hess says the book is, “…an attempt to understand how the Northern soldier dealt with combat in the Civil War”.

Hess uses oodles of statements from the soldiers themselves and he also includes the post war period to wrap it up and bring closure for some which is just about as fascinating as the war itself! It is interesting because these guys went through the same problems that many soldiers go through after the shooting stops. Their problem was that it wasn’t as widely talked about as today and it is probably why the GAR was such a tight knit fraternal organization. It gave an opportunity to get together with comrades that are going though the same thing in their lives.

Another point Hess brings up is how the “Myth of the Lost Cause” almost increased the amount of books and memoirs written by Northern vets during the post war period. The “Myth” began to shift the true store of the War and the Northern vets felt compelled to have their story heard to bring the story back into harsh light of reality. The War was a painful time for everyone and painting a rosy and distorted picture of what happened did not sit well with the Northern vets.

Having said all this don’t get the impression the book focuses on this too much. Much of the book (8 of 9 chapters) deals with the war itself and you might get a different perspective on the war and them men who fought it. Read this book and I’m confident you will not be sorry. It’s well written and moves fast. 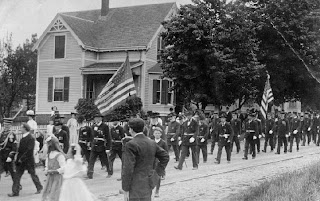