I’m sure you’ve seen the Perry brother’s Civil War styled plastic farm house by now. Many think it is Union General George Meade’s HQ on the battlefield at . It is similar but no way exactly the same. You could use as such but for purists it is NOT the same. I put one together and painted it. I had hopes from seeing the picture on the box that I could convert it but it really isn’t worth the effort. 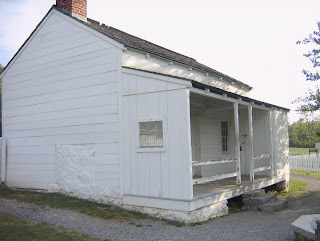 The house was inhabited by the widow Lydia Leister at the time of the battle. When the Army of the started arriving in force Lydia Leister took her family and moved south and stayed with friends to ride out the battle. Meade used the abandoned house as his HQ since it was in the center of the Union line on the east slope of Cemetery Ridge, along the . The house was buzzing with activity throughout the day on July 2nd and the first half of July 3rd. The bombardment preceding Pickett’s charge made the house an extremely dangerous place to be. Many Confederate shells over shot the Union defenders along Cemetery Ridge and landed all around the house. The shots whistled through the house and it forced Meade to seek safer ground on Powers Hill to the South east. Gaping shell holes in the house and the farm littered with the bodies of dead house told the story when widow Leister returned to . 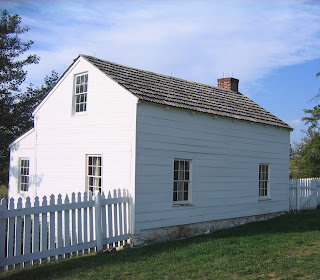 The house is not very typical of the houses around the area and not even further south but it is simple. Simple was common back then to ordinary farms. I painted mine to look the part with no frills which would be appropriate for the period. Houses during the time would actually be raised on a foundation of dirt and stone so it wouldn’t be resting on the ground. I built mine ‘as is’ but if I do another one I’ll raise it up a bit. In retrospect if I do it again I would NOT add the two middle support posts in front until AFTER I finished dry brushing the front of the house. It was hard to get the dry brush in the under side of the overhang. That would save you aggravation. 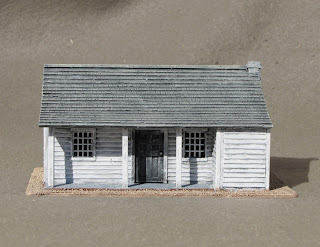 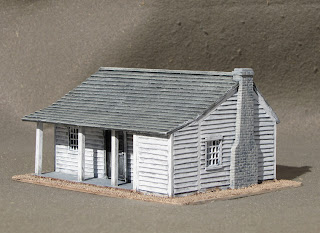 I started mine with a black undercoat spray. I then gave the entire house a heavy medium gray dry brushing. Once dry I added more and more white paint to the dry brushing in order to bring it up to the color of the period white-wash paint. The roof I left grayish since the brown wooden shingles would naturally gray over time. The chimney was made out of red bricks like the original one. I painted that bricks all white and very carefully dry brushed red over it so the paint only stuck to the raised brickwork. The door was painted green which seems to be a common color back then. 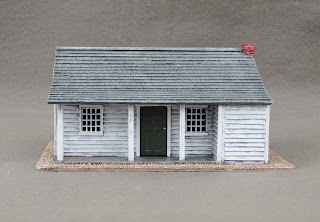 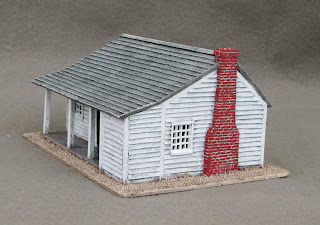 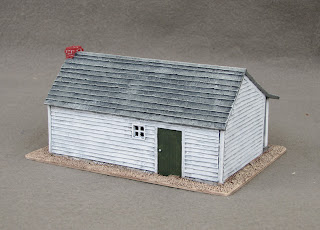