They are on the way! *Whew* 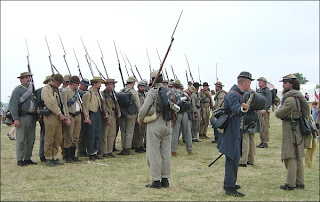 Okay so this past Friday I shipped my package off to be painted up. There were 432 miniatures packed and ready to go. These guys will helped to swell the ranks for the big 150th Gettysburg game. This means only about... oh... about 1300 more to paint! In 25mm the game will look VERY cool. Since it is also just a slice of the game and not the whole thing The amount of regiments and batteries will make everyone's head explode. Hopefully when that happens the blood, bone and gray matter won't splatter on the tables.

Just recently I have taken a short break from ACW to paint up some WWII German tanks: two Mk IV's and four 38(T)'s. The last minute painting is for a game this coming weekend Warstore Weekend convention in New Jersey.  We are putting on a WWII Disposable Heros early war Soviets vs. Germans demo and also the battle of Hastings using WAB rules. The tanks were the only things needing paint, everything else needed for these games I already have covered for my part. I'm bringing the Germans and the Saxons. If I remember I will bring my camera and take some pics. The tanks look pretty damn cool if I do say so myself. I muddied them up a lot so they look well used. 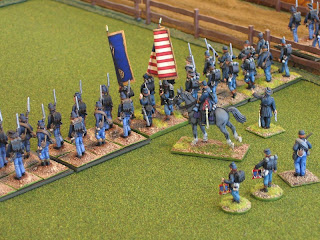